Halaman 112 - Oh that I knew where I might find him! That I might come even to his seat! 'I would order my cause before him, and fill my mouth with arguments.
Muncul dalam 280 buku dari 1793-2008
Halaman 177 - The French people recognize the existence of the Supreme Being and the immortality of the soul...
Muncul dalam 186 buku dari 1817-2007
Lengkap
Halaman 18 - I thus perceived that I was in a state of great peril, and I compelled myself to seek with all my strength for a remedy, however uncertain it might be; as a sick man struggling with a deadly disease, when he sees that death will surely be upon him unless a remedy be found, is compelled to seek such a remedy with all his strength, inasmuch as his whole hope lies therein.
Muncul dalam 60 buku dari 1891-2008
Halaman 308 - Nay, if we may openly speak the truth, and as becomes one man to another, neither pagan, nor Mahometan, nor Jew, ought to be excluded from the civil rights of the commonwealth, because of his religion.
Muncul dalam 134 buku dari 1796-2008
Halaman 303 - God of an existing circle are one and the same thing, which is manifested through different attributes; and, therefore, whether we think of nature under the attribute of extension, or under the attribute of thought, or under any other attribute whatever, we shall discover one and the same order, or one and the same connection of causes; that is to say, in every case the same sequence of things.
Muncul dalam 117 buku dari 1870-2008
Halaman 239 - An individual thing, or a thing which is finite and which has a determinate existence, cannot exist nor be determined to action unless it be determined to existence and action by another cause which is also finite and has a determinate existence...
Muncul dalam 53 buku dari 1870-2008
Halaman 243 - Resolution, to reject all the amplifications, digressions, and swellings of style: to return back to the primitive purity, and shortness, when men deliver'd so many things, almost in an equal number of words. They have exacted from all their members, a close, naked, natural way of speaking; positive expressions; clear senses; a native easiness: bringing all things as near the Mathematical plainness, as they can: and preferring the language of Artisans, Countrymen, and Merchants, before that, of Wits,...
Muncul dalam 301 buku dari 1845-2007
Halaman 65 - For in this most flourishing state, and most splendid city, men of every, nation and religion live together in the greatest harmony, and ask no questions before trusting their goods to a fellow-citizen, save whether he be rich or poor, and whether he generally acts honestly, or the reverse.
Muncul dalam 21 buku dari 1891-2008
Halaman 200 - It is the part of a wise man, I say, to refresh and invigorate himself with moderate and pleasant eating and drinking, with sweet scents and the beauty of green plants...
Muncul dalam 34 buku dari 1883-2006
Halaman 209 - We see men sometimes so affected by one object, that although it is not present, they believe it to be before them; and if this happens to a man who is not asleep, we say that he is delirious or mad. Nor are those believed to be less mad who are inflamed by love, dreaming about nothing but a mistress or harlot day and night, for they excite our laughter.
Muncul dalam 18 buku dari 1883-2004
Ringkas 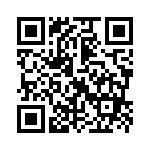