Charles Monroe Schulz, creator of the Peanuts comic strip, was born in Minneapolis, Minnesota on November 26, 1922. He started drawing at a young age, practicing with popular characters such as Popeye. When he was 15, one of his pictures appeared as an illustration in "Ripley's Believe It or Not!" He took a correspondence course with Art Instruction Inc., where he later taught, and served in the Army during World War II. The Peanuts (originally called Li'l Folks, a name that was changed by the United Feature Syndicate) began syndication on October 2, 1950, when it appeared in seven newspapers. Schulz's work went on to become the most popular syndicated comic strip of all time, appearing in 2600 papers in 75 countries around the world. Schulz drew everyone of the more than 18,250 Peanuts strips himself and his contract stipulated that no one else would ever draw them. Charlie Brown, Snoopy and the rest of the Peanuts Gang also appear in a number of television specials, the first of which was A Charlie Brown Christmas (1964), created with animator Bill Melendez. It is one of the most watched and best loved television shows in history and winner of an Emmy and a Peabody. Charles Schulz has been inducted into the Cartoonists Hall of Fame and won numerous awards. He was given Reuben Awards by the National Cartoonists Society in 1955 and 1964, the Yale Humor Award (1956), the School Bell Award from the National Education Society (1960), and the Ordre des Artes et des Lettres from the French Ministry of Culture. In 1990, his work was shown at the Louvre. Schulz retired after being diagnosed with colon cancer. The final daily Peanuts strip appeared in January 3, 2000 and the final Sunday strip, along with a letter of thanks to his editors and fans, appeared on February 13, 2000. Schulz died in his home in Santa Rosa, California on February 12, 2000 within hours of the publication of his farewell strip. 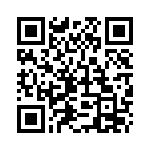