Into the West: the story of its people

Beyond its geography, the American West is defined by the people who settled it. Nugent (Crossings: The Great Atlantic Migrations), a respected social historian, has written a unique population ... Baca ulasan lengkap

Walter Nugent has taught history at the University of Notre Dame since 1984 and, before that, was Professor of History at Indiana University for twenty-one years. As a visiting professor he has also taught and lived in England, Israel, Germany, Poland, and Ireland. He has published eight previous books and well over a hundred essays and reviews on American and comparative history. He lives with his wife, the historian Suellen Hoy, in Chesterton, Indiana. 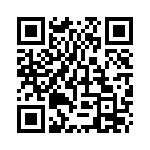