As a pure history, this isn't great – the first couple of chapters, about early Balinese kingdoms and Dutch colonisation, seemed to get bogged down too often in lists of names, dates and ... Baca ulasan lengkap

Adrian Vickers (born 1958) is an Australian writer and historian. He received his BA and PhD from the University of Sydney. He holds a personal chair in Southeast Asian Studies and is director of the Asian Studies Program at the University of Sydney. His first book was published in 1986, The Desiring Prince; A Study of the Kidung Malat. He and Julia Martinez are co-authors of The Pearl Frontier: Indonesian Labor and Indigenous Encounters in Australia's Northern Trading Network, the winner of the 2016 Chief Minister's Northern Territory History Book Award. and the winner of the 2016 Queensland Literary Award for History. 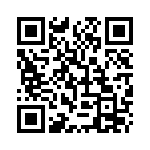