A Threefold Celebration of the Heart

A Threefold Celebration of the Heart New York Times bestselling author T. D. Jakes gives the reader a sense of anticipation and expectation in his book “Hope for Every Moment: Inspirational Thoughts ... Baca ulasan lengkap

Halaman 261 - I will praise thee; for I am fearfully and wonderfully made : marvellous are thy works; and that my soul knoweth right well.
Muncul dalam 937 buku dari 1706-2008
Halaman 340 - Then saith the woman of Samaria unto him, How is it that thou, being a Jew, askest drink of me, which am a woman of Samaria ? for the Jews have no dealings with the Samaritans. Jesus answered and said unto her, If thou knewest the gift of God, and who it is that saith to thee, Give me to drink...
Muncul dalam 931 buku dari 1755-2008
Lengkap
Halaman 231 - He that is unmarried careth for the things that belong to the Lord, how he may please the Lord : but he that is married careth for the things that are of the world, how he may please his wife.
Muncul dalam 463 buku dari 1804-2008
Halaman 223 - For as many as are led by the Spirit of God, they are the sons of God. For ye have not received the spirit of bondage again to fear; but ye have received the Spirit of adoption, whereby we cry, Abba, Father. The Spirit itself beareth witness with our spirit, that we are the children of God...
Muncul dalam 994 buku dari 1694-2008
Halaman 142 - But ye are a chosen generation, a royal priesthood, an holy nation, a peculiar people ; that ye should show forth the praises of him who hath called you out of darkness into his marvellous light.
Muncul dalam 1226 buku dari 1755-2008
Halaman 56 - This they said, tempting him, that they might have to accuse him. But Jesus stooped down, and with his finger wrote on the ground, as though he heard them not.
Muncul dalam 760 buku dari 1701-2008
Halaman 232 - Samuel, and of the prophets: who through faith subdued kingdoms, wrought righteousness, obtained promises, stopped the mouths of lions, quenched the violence of fire, escaped the edge of the sword, out of weakness were made strong, waxed valiant in fight, turned to flight the armies of the aliens.
Muncul dalam 1325 buku dari 1755-2008
Halaman 185 - God; to comfort all that mourn ; to appoint unto them that mourn in Zion, to give unto them beauty for ashes, the oil of joy for mourning, the garment of praise for the spirit of heaviness; that they might be called trees of righteousness, the planting of the Lord, that he might be glorified.
Muncul dalam 1403 buku dari 1768-2008
Halaman 224 - And, behold, there was a woman which had a spirit of infirmity eighteen years, and was bowed together, and could i,n no wise lift up herself. And when Jesus saw her, he called her to him, and said unto her, Woman, thou art loosed from thine infirmity. And he laid his hands on her: and immediately she was made straight, and glorified God.
Muncul dalam 741 buku dari 1735-2008
Ringkas 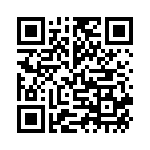