Dale Brawn is an assistant professor in the Department of Law and Justice at Laurentian University. 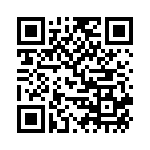