Halaman 29
Arranged Under Direction of the Hon. Christopher Morgan, Secretary of State
Edmund Bailey O'Callaghan. OTTAWA CONFEDERACY - CONTINTED . Number
Numes . of men . Scituation . In the neighbourhood 210 A little below the fort . of
St ...
Halaman 59
OF THE FIRST FORTS ERECTED ON THE IROQUOIS RIVER . [ Relation de ce
qui s ' est passé en la Nouvelle France čs années 1664 & 1665 . ) At the same
time that the Outaouaks embarked to return to their country , the wind becoming ...
Halaman 68
But scarcely were the Ambassadors two or or three days jour - , ney from Quebec
, when news came of the surprisal by the Mohawks of some Frenchmen
belonging to Fort St . Anne who had gone to the chase , and of the murder of
Sieur de ...
Halaman 72
... hapned to fall short of the castles of the Mauhaukes , and to take up his
quarters or rather incamp upon the 9th of Fe - : bruary within 2 myles of a small
village called Schohectade , lya . ing wth in the woods beyond fort Albany in ye
territoryes ...
Halaman 74
... but hee did not beleive to see the Dutch the masters ere long ; he enquired
what garrison or what fort was at Albany , ' twas told him a Captain and 60
English soldyers with 9 peece of ordinance in a small fort of foure Bastions , and
that the ...
Berikutnya » 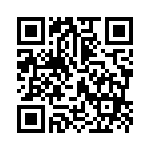