This definitive biography of Cayce is drawn from his own writings, the words of his closest associates and family, as well as quotes from the press. Through all of his life, Cayce was a devout ... Baca ulasan lengkap

My life as a seer: the lost memoirs

Cayce enthusiasts and those interested in psychic phenomena in general will find a treasure in these republished memoirs. A well-known psychic who did what were called "readings" (primarily diagnosing ... Baca ulasan lengkap

Edgar Cayce was born in 1877 in Hopkinsville, Kentucky. Despite only having a seventh-grade education, he was able to repeat complex and technical medical jargon when under a trance. Cayce soon began to talk about spiritual principles such as holistic healing, Christ consciousness, and reincarnation. He would also predict some of the more astounding events of the twentieth century, such as world wars and the Great Depression.

Cayce died in 1945. The Association for Research and Enlightenment (A.R.E.) in Virginia Beach, Virginia, carries on his teachings. 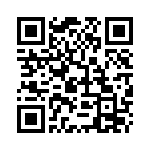