Halaman 225
Another son was born December 4 , 1909 , and was named Albert Lycurgus Cox , after Oscar's uncle , Albert Cox , and Lillie's father , Lycurgus Rhodes . Albert also had a nickname , but not until he was older .
Halaman 264
Lillie attended the two - year high school at Eudora and was among the first graduating class . School programs in which students recited memorized verses were popular at this time , and Lillie later told her daughter , Dorothy , that ...
Halaman 265
Lillie's father , Lycurgus , died in 1903 at his home in North Lawrence . For several years , Lillie and her brother Ote had provided the family income for themselves , their mother and father , their nephew Rex , and their niece Leona ... 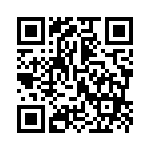