Halaman 36
Though not one of the Chinese she writes of , per se ( the sea she sailed to North America was , after all , not the Pacific but the Atlantic ) and feeling , in many ways , as much an outsider to Chinese as to Anglo society , Sui Sin ...
Halaman 44
Other Chinese men's wives , I have known , have had cause to be jealous , for it is true some of them are dreadfully immoral and openly support two or more wives . But not Wou Sankwei . And this little Pau Lin .
Halaman 45
Mrs. Dean , familiar with the " Chinese principles , " observed Adah , Chinese people and the mazes of resuming her work . " Yes , I admit Sankwei Chinatown , led her around fearlessly , has some puzzles to solve . 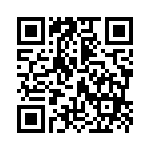