William Shakespeare, 1564 - 1616 Although there are many myths and mysteries surrounding William Shakespeare, a great deal is actually known about his life. He was born in Stratford-Upon-Avon, son of John Shakespeare, a prosperous merchant and local politician and Mary Arden, who had the wealth to send their oldest son to Stratford Grammar School. At 18, Shakespeare married Anne Hathaway, the 27-year-old daughter of a local farmer, and they had their first daughter six months later. He probably developed an interest in theatre by watching plays performed by traveling players in Stratford while still in his youth. Some time before 1592, he left his family to take up residence in London, where he began acting and writing plays and poetry. By 1594 Shakespeare had become a member and part owner of an acting company called The Lord Chamberlain's Men, where he soon became the company's principal playwright. His plays enjoyed great popularity and high critical acclaim in the newly built Globe Theatre. It was through his popularity that the troupe gained the attention of the new king, James I, who appointed them the King's Players in 1603. Before retiring to Stratford in 1613, after the Globe burned down, he wrote more than three dozen plays (that we are sure of) and more than 150 sonnets. He was celebrated by Ben Jonson, one of the leading playwrights of the day, as a writer who would be "not for an age, but for all time," a prediction that has proved to be true. Today, Shakespeare towers over all other English writers and has few rivals in any language. His genius and creativity continue to astound scholars, and his plays continue to delight audiences. Many have served as the basis for operas, ballets, musical compositions, and films. While Jonson and other writers labored over their plays, Shakespeare seems to have had the ability to turn out work of exceptionally high caliber at an amazing speed. At the height of his career, he wrote an average of two plays a year as well as dozens of poems, songs, and possibly even verses for tombstones and heraldic shields, all while he continued to act in the plays performed by the Lord Chamberlain's Men. This staggering output is even more impressive when one considers its variety. Except for the English history plays, he never wrote the same kind of play twice. He seems to have had a good deal of fun in trying his hand at every kind of play. Shakespeare wrote 154 sonnets, all published on 1609, most of which were dedicated to his patron Henry Wriothsley, The Earl of Southhampton. He also wrote 13 comedies, 13 histories, 6 tragedies, and 4 tragecomedies. He died at Stratford-upon-Avon April 23, 1616, and was buried two days later on the grounds of Holy Trinity Church in Stratford. His cause of death was unknown, but it is surmised that he knew he was dying.

Lucy Munro is a lecturer in Shakespeare and Early Modern Drama Studies at King's College London. Her research focuses on the performance and reception of Elizabethan, Jacobean and Caroline drama, on editing, book history and textual scholarship, on literary style and genre, and on dramatic representations of childhood and ageing. Her books include Children of the Queen's Revels: A Jacobean Theatre Repertory (Cambridge University Press, 2005) and Archaic Style in English Literature, 1590-1674 (Cambridge University Press, 2013). She is editor of Edward Sharpham's The Fleer (2006), Shakespeare and George Wilkins' Pericles, in William Shakespeare: Complete Works (ed. Jonathan Bate and Eric Rasmussen, 2007), Richard Brome's The Queen and Concubine and The Demoiselle, in Richard Brome Online (gen. ed. Richard Allen Cave, 2009), and John Fletcher's The Tamer Tamed (2010). Her essays have appeared or are forthcoming in Huntington Library Quarterly, Modern Philology, Shakespeare Bulletin, Shakespeare and Ageing and Society, and in collections such as The Oxford Handbook of Early Modern Theatre (ed. Richard Dutton, 2009), Performing Early Modern Drama Today (ed. Kathryn Prince and Pascale Aebischer, Cambridge University Press, 2012) and The Elizabethan Top Ten: Defining Print Popularity in Early Modern England (ed. Andy Kesson and Emma Smith, 2013). Her stage history of The Alchemist appears in The Cambridge Edition of the Works of Ben Jonson, electronic edition (gen. ed. David Bevington, Martin Butler and Ian Donaldson, Cambridge University Press, 2014). 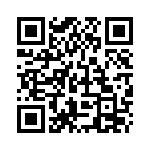