I am currently in the middle of reading the book at this point. It is amazing to say the least! I would highly recommend this book to anyone looking to improve their life or gain a deeper perspective on life in general. Baca ulasan lengkap

Very good buy. Took a while to receive but that was expected. Baca ulasan lengkap

Halaman 3 - Great works of art have no more affecting lesson for us than this. They teach us to abide by our spontaneous impression with good-humored inflexibility then most when the whole cry of voices is on the other side. Else to-morrow a stranger will say with masterly good sense precisely what we have thought and felt all the time, and we shall be forced to take with shame our own opinion from another.
Muncul dalam 227 buku dari 1808-2008
Halaman 13 - Life is difficult. This is a great truth, one of the greatest truths.* It is a great truth because once we truly see this truth, we transcend it.
Muncul dalam 26 buku dari 1992-2007

M. Scott Peck, M.D., is a psychiatrist and bestselling author. Educated at Harvard (B.A.) and Case Western Reserve (M.D.), Dr. Peck served in administrative posts in the government during his career as a psychotherapist, and later in private practice as a psychiatrist. For nearly two decades, he has devoted much of his time and financial resources to the work of the Foundation for Community Encouragement, a nonprofit organization that he and his wife, Lily, helped found in 1984. He lives in northwestern Connecticut. 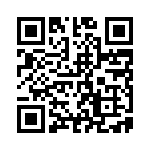