Eugene LaVerdiere, SSS, is a distinguished lecturer at Fordham University in New York and an adjunct professor at the Catholic Theological Union. Among his many published works on Scripture are Luke from the New Testament Message series, The Eucharist in the New Testament and the Early Church, and The Beginning of the Gospel: Introducing the Gospel According to Mark Volumes 1 and 2 published by The Liturgical Press. He is also senior editor of Emmanuel magazine. 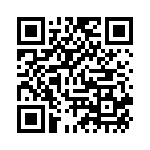