Cute story about a picky eater and her determined older brother. He tricks her into eating her veggies (the ones she thought she hated) by naming them something different or from a far away place. She ... Baca ulasan lengkap

A humorous take on dinner from the perspective of an older brother trying to feed his picky sister by making up fantastical stories for common foods. The characters, Charlie and Lola, feel genuine in ... Baca ulasan lengkap

Lauren Child (born in 1965 in England) is an English author and illustrator. She is best known for writing the Charlie and Lola books and Clarice Bean novels. Her second book in this series, Clarice Bean Spells Trouble, was shortlisted for the 2005 British Book Awards Children's Book of the Year. A number of spin off books are available based on the scripts of the TV shows, though these were not written or illustrated by Child. Charlie and Lola has been sold throughout the world, and has won many prizes, including BAFTAs in 2007 for Best children's Television Show and Best Script. She writes the Ruby Redfort series. Book six, Blink and You Die, is on the bestseller list. Lauren Child lives in London. 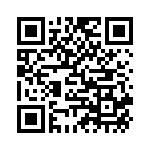