Halaman 8
In addition to the above , some culverts to be rebuilt , and new track timbers on several cattle passes and open culverts , about two hundred tons of new iron and ten thousand sleepers . It is due to Mr. Russell , the Superintendent ...
Halaman 12
... to repair the bridge over the Wead stream , by removing the track , stringers , caps and bolsters , or corbells . ... being as follows : Track timbers over Belgrade stream bridge , three small open culverts , and the walls of three ...
Halaman 13
... Hiermon , new track timbers ; Dumuing's landing bridge , near Bangor , new track timber . In addition to the above , two culverts to be rebuilt . The iron on this portion of the road was more defective than on the western section . 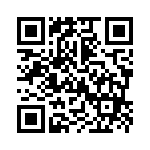