Kishore Mahbubani is Dean and Professor in the Practice of Public Policy of the Lee Kuan Yew School of Public Policy at the National University of Singapore. He has had a distinguished diplomatic career and is the author of Can Asians Think? and Beyond the Age of Innocence. In 2005, Foreign Policy magazine included him among the top hundred public intellectuals in the world. 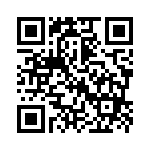