The first interesting thing I discovered about Nietzsche is something I suspected when I read Beyond Good and Evil: Nietzsche "learnt much from La Rochefoucauld" (p. viii). And to start off with first ... Baca ulasan lengkap

The son of a Lutheran pastor, Friedrich Wilhelm Nietzsche was born in 1844 in Roecken, Prussia, and studied classical philology at the Universities of Bonn and Leipzig. While at Leipzig he read the works of Schopenhauer, which greatly impressed him. He also became a disciple of the composer Richard Wagner. At the very early age of 25, Nietzsche was appointed professor at the University of Basel in Switzerland. In 1870, during the Franco-Prussian War, Nietzsche served in the medical corps of the Prussian army. While treating soldiers he contracted diphtheria and dysentery; he was never physically healthy afterward. Nietzsche's first book, The Birth of Tragedy Out of the Spirit of Music (1872), was a radical reinterpretation of Greek art and culture from a Schopenhaurian and Wagnerian standpoint. By 1874 Nietzsche had to retire from his university post for reasons of health. He was diagnosed at this time with a serious nervous disorder. He lived the next 15 years on his small university pension, dividing his time between Italy and Switzerland and writing constantly. He is best known for the works he produced after 1880, especially The Gay Science (1882), Thus Spake Zarathustra (1883-85), Beyond Good and Evil (1886), On the Genealogy of Morals (1887), The Antichrist (1888), and Twilight of the Idols (1888). In January 1889, Nietzsche suffered a sudden mental collapse; he lived the last 10 years of his life in a condition of insanity. After his death, his sister published many of his papers under the title The Will to Power. Nietzsche was a radical questioner who often wrote polemically with deliberate obscurity, intending to perplex, shock, and offend his readers. He attacked the entire metaphysical tradition in Western philosophy, especially Christianity and Christian morality, which he thought had reached its final and most decadent form in modern scientific humanism, with its ideals of liberalism and democracy. It has become increasingly clear that his writings are among the deepest and most prescient sources we have for acquiring a philosophical understanding of the roots of 20th-century culture. 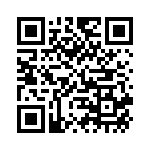