Halaman 139
These reports , having recovery could be had except under death been read aloud in open session , were all statute , though contract was made in New specifically approved and adopted by the York , and the Connecticut statute which ...
Halaman 151
Cite as 178 F.2d 150 Act prohibiting price discrimination , not- City , and J. Howard Carter , New York withstanding that injuries suffered by New City , of counsel ) , for appellee . York agent was to its intrastate business .
Halaman 727
It follows also , from the conarea , meaning the area north of New York trast between the subject - matter of petiCity and east of Albany . American Air- tioner's application and that of the New lines , a trunk - line operator , filed a ... 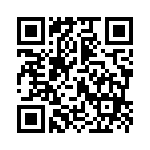