Julie Sanders is Professor of English and Pro-Vice-Chancellor for Humanities and Social Sciences at Newcastle University, UK. 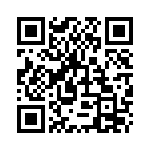