Who really discovered America? What was "the shot heard 'round the world"? Thomas Jefferson and Sally Hemings: Did he or didn't he? From the arrival of Columbus through the bizarre election of 2000 ... Baca ulasan lengkap

Admittedly I do know a lot about history- a good portion of this book was review, but I did learn new things even in the chapters that were review. I learned the most about history post World War II ... Baca ulasan lengkap

Kenneth C. Davis is the New York Times bestselling author of A Nation Rising; America's Hidden History; and Don't Know Much AboutŪ History, which spent thirty-five consecutive weeks on the New York Times bestseller list, sold more than 1.6 million copies, and gave rise to his phenomenal Don't Know Much AboutŪ series for adults and children. A resident of New York City and Dorset, Vermont, Davis frequently appears on national television and radio and has been a commentator on NPR's All Things Considered. He blogs regularly at www.dontknowmuch.com. 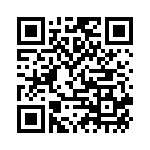