Halaman 13 - There are again two methods of removing the causes of faction : the one, by destroying the liberty which is essential to its existence; the other, by giving to every citizen the same opinions, the same passions, and the same interests.
Muncul dalam 329 buku dari 1802-2008
Halaman 16 - I do hereby declare that it is the duty of employers and of labor organizations, in furtherance of said policy and of this order, to provide for the full and equitable participation of all workers in defense industries, without discrimination because of race, creed, color, or national origin; And it is hereby ordered as follows: 1.
Muncul dalam 191 buku dari 1890-2008 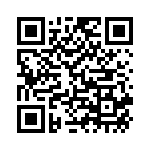