Rabbi Jack Bemporad was sent to Rome in 1990, to negotiate the relocation of the Carmelite Convent in Auschwitz. In November 1990 he met with John Paul II in the Vatican for the celebration of the 25th anniversary of Vatican II. In 1993, he founded the Center for Christian-Jewish Understanding (CCJU) at Sacred Heart University. In August 1995, he received the prestigious Luminosa Award of the Focolare Movement, and in 1996, the Raoul Wallenberg Humanitarian Leadership Award of the Center for Holocaust and Genocide Studies at Ramapo College. He lives with his wife Alex in Englewood, New Jersey.

Joseph Sievers is professor of Jewish history and Hellenistic literature at the Pontifical Biblical Institute, Rome. 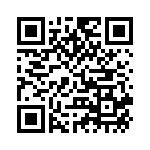