Russell D. Buhite , Professor and Head of the Department of History in the University of Tennessee, holds a Ph.D. from Michigan State University. He is the author of Soviet-American Relations in Asia, 1945-1954 , published by the University of Oklahoma Press.

David W. Levy is retired as the Irene and Julian J. Rothbaum Professor of Modern American History and David Ross Boyd Professor of History at the University of Oklahoma. He is the author of Herbert Croly of the New Republic: The Life and Thought of an American Progressive and Mark Twain: The Divided Mind of America's Best-Loved Writer and coeditor of seven volumes of the letters of Supreme Court justice Louis D. Brandeis. 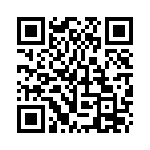