Halaman 38
Kane , B. , General Foreman , Line Department . Wright , W. H. , General Foreman . Remmel , L. , Foreman . Ogden , J. , Foreman . Riley , F. T. , Shop Foreman . Leahey , T. , Line Foreman . Jackson , Alex . , Superintendent Time Table ...
Halaman 126
The former are employed by the various departments and remain in such departments . ... gives them a broader field than that open to other employees and they may thereafter be moved from department to department as seems best .
Halaman 130
Take our company , with its various departments - transportation , power lines and wiring , and shops . ... For a certain number of months in one department and a certain number in another , and thus keep shifting him around until he ... 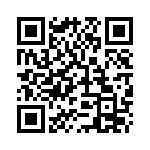