If you have ever encountered the legendary anecdote concerning the youthful George Washington - who "could not tell a lie," and thus confessed to chopping down the cherry tree - and wondered where it ... Baca ulasan lengkap 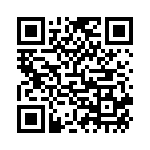