Halaman 50
( 1–34 ) flesh held between one's hands like a newspaper ( 1-5 ) . ... Czechoslovakia , overran Poland and the On the one hand , newspapers have the responNetherlands , and , at the beginning of 1940 , sibility to inform citizens of the ...
Halaman 51
wares . other hand , as William Randolph Hearst recog- In this ultimately fruitless desire to flee the nized , war sells newspapers . Either way , the war in Europe , “ Headline Fugitive ” reveals effect on readers is often the same .
Halaman 56
On the one hand , then , it is perhaps because those poems articu- the cafeteria is a “ solarium ” ( 1 ) , where people late subject positions that apply as much to our come to sun themselves , to treat their illnesses , own historical ... 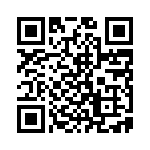