Hugh G Beale, Barrister, is a Commercial Law and Common Law Commissioner at the Law Commission for England and Wales. He was Professor of Law at the University of Warwick between 1987 and 2000. He was called to the Bar in 1971. W D Bishop is Chairman of Lexecon Ltd. He has held academic posts in the
London School of Economics, Oxford, and at universities in Canada, Australia, and the United States of America. Dr Bishop was an economic advisor to the UK Government, Department of Trade and Industry, on aspects of the UK Competition Act (1997-98). Michael P Furmston is Emeritus Professor and
Senior Research Fellow at the University of Bristol. He is the author of Cheshire, Fifoot and Furmston's Law of Contract. He was called to the Bar at Gray's Inn in 1960 and has been a Bencher of Gray's Inn since 1989. 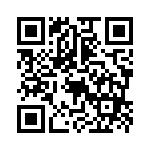