The German colonial experience in Africa is the subject of this dense, often fascinating 1983 novel by the German author (Midsummer Night, 1998, etc.).Relations between German colonists and both ... Baca ulasan lengkap

Uwe Timm was born in Hamburg, Germany. His first novel, Hot Summer, was published in 1974. New Directions publishes five of his novels, including the German best selling, The Invention of Curried Sausage, and the award winning, Morenga. After apprenticing as a furrier, Timm studied philosophy and philology in Paris and Munich. He is the 1989 winner of the Munich Literary Prize. He has been called an extraordinary story teller" (The New Yorker) and "one of the best living German Writers" (Kirkus Reviews). 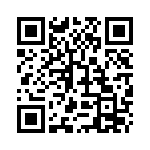