Sara Gruen is the #1 New York Times and USA Today bestselling author of At the Water's Edge, Water for Elephants, Ape House, Riding Lessons, and Flying Changes. Her works have been translated into forty-three languages and have sold more than ten million copies worldwide. Water for Elephants was adapted into a major motion picture starring Reese Witherspoon, Rob Pattinson, and Christoph Waltz in 2011. She lives in western North Carolina with her husband and three sons, along with their dogs, cats, horses, birds, and the world’s fussiest goat. 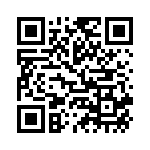