Halaman 2
It's hard to congratulate someone who's holding a plastic rain hat over her Polynesian Fruit Blend–colored hair. See? That's the kind of stuff that gets teachers to hate you. But the thing was, I never did any of that stuff. Never.
Halaman 3
“It's the Perfect House,” he said. But perfect or not, it was hard living in between. On Saturday morning, everyone north of us was at Temple Beth-El. Late on Saturday afternoon, everyone south of us was at mass at Saint ...
Halaman 6
“Mom, it's not like you have to know someone well to hate their guts. You don't sit around and have a long conversation and then decide whether or not to hate their guts. You just do. And she does.” “I'm sure that Mrs. Baker is a fine ...
Halaman 7
It's like they haven't figured out that the language you're using is English and they should be able to understand what you're saying. Instead, you pull a string on them, and a bad record plays. I guess they can't help it.
Halaman 8
architect for its new building and which is considering Hoodhood and Associates among its top three choices.” “Dad ...” “So, Holling, what did you do that might make Mrs. Baker hate your guts, which will make other Baker family members ...
Berikutnya »

All of the events in the book had almost a too perfect resolution. It was a bit hard to believe that a 7th grader would read and understand Shakespeare without some guidance. Were kids smarter in 1968? The parents were a horror show in their absence from their kids lives. Baca ulasan lengkap

Love love love this book. I want to be Mrs. Baker--she is the perfect teacher. Nice coming-of-age story...if Holling Hoodhood (the protagonist) was older, I'd lobby to teach this instead of Catcher in the Rye. Way more hopeful but with similar themes. Loved it! Baca ulasan lengkap

Gary D. Schmidt is the best-selling author of many books for young readers, including Just Like That; National Book Award finalist Okay for Now; Pay Attention, Carter Jones; Orbiting Jupiter; the Newbery Honor and Printz Honor Book Lizzie Bright and the Buckminster Boy; and the Newbery Honor Book The Wednesday Wars. He is a professor of English at Calvin University in Grand Rapids, Michigan. 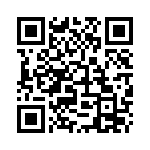