Targeting a popular audience, this book discusses the major threads of experimental research designed to test the thesis of Ernest Becker's The Denial of Death: Everyone must deal, in one way or ... Baca ulasan lengkap

THE WORM AT THE CORE: On the Role of Death in Life

Psychology professors Solomon (Skidmore Coll.), Greenberg (Univ. of Arizona) and Pyszczynski (Univ. of Colorado, Colorado Springs) follow up their study of the psychological effects of 9/11 on the ... Baca ulasan lengkap

Sheldon Solomon, Jeff Greenberg, and Tom Pyszczynski are professors of psychology at Skidmore College, the University of Arizona, and the University of Colorado, Colorado Springs, respectively. They have been collaborating on research and writing projects for more than thirty years. Their award-winning and National Science Foundation–funded work has infused existential thought into modern psychological science, using state-of-the-art methods to explore terrain long thought to be beyond the scope of scientific scrutiny. This integration of different approaches has led to new ways of thinking about culture, self-esteem, and the factors that steer people toward their most noble and ignoble actions. 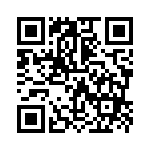