Margreet L. Steiner is an independent scholar in Leiden, The Netherlands. She has, together with Henk Franken, published the results of the large trench of Kenyon's excavations in Jerusalem. For the past thirty years she has participated in or directed excavations in Jordan, Syria, Lebanon, and the Palestinian Territories. Currently she is co-director of the renewed excavations of tell Abu Sarbut, Jordan. She has published widely on the archaeology of the Levant. Ann E. Killebrew is an Associate Professor in the Department of Classics and Ancient Mediterranean Studies and Jewish Studies program at the Pennsylvania State University. She has directed or participated in dozens of excavations in Israel, Turkey, and Egypt during the past thirty-five years. Currently she co-directs the Tel Akko Total Archaeology Project in Israel. She is author of numerous publications relating to archaeology of the Levant, including the award-winning book, Biblical Peoples and Ethnicity: An Archaeological Study of Egyptians, Canaanite, Philistines, and Early Israel 1300 - 1100 B.C.E. (2005). 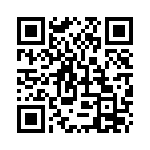