John Dewey(1859 1952) was anAmerican philosopher, psychologistandeducational reformerwhose ideas have been influential in education and social reform. Dewey was an important early developer of the philosophy ofpragmatismand one of the founders offunctional psychology. He was a major representative ofprogressive educationandliberalism.In 1894 Dewey joined the newly foundedUniversity of Chicago(1894 1904) where he developed his belief in an empirically based theory of knowledge, becoming associated with the newly emerging Pragmatic philosophy. His time at the University of Chicago resulted in four essays collectively entitledThought and its Subject-Matter, which was published with collected works from his colleagues at Chicago under the collective titleStudies in Logical Theory(1903). During that time Dewey also initiated theUniversity of Chicago Laboratory Schools, where he was able to actualize the pedagogical beliefs that provided material for his first major work on education, The School and Social Progress(1899).In 1899, Dewey was elected president of theAmerican Psychological Association. From 1904 until his retirement in 1930 he was professor of philosophy at both Columbia Universityand Columbia University'sTeachers College.In 1905 he became president of theAmerican Philosophical Association. He was a longtime member of theAmerican Federation of Teachers. 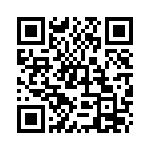