Alfred Lansing was a journalist and a freelance writer. ENDURANCE was his first book. He died in 1975.

Frank Hurley was an Australian photographer. From 1911-14 he accompanied Douglas Mawson on his Australasian Antarctic Expedition and was one of the party that sledged to the South Pole. On his return he was recruited for Shackleton's trans-Antarctic expedition. He died in Sydney in 1962 at the age of 71. 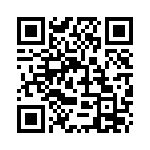