Halaman 100 - What wondrous life is this I lead! Ripe apples drop about my head; The luscious clusters of the vine Upon my mouth do crush their wine; The nectarine and curious peach Into my hands themselves do reach; Stumbling on melons, as I pass, Ensnared with flowers, I fall on grass.
Muncul dalam 898 buku dari 1820-2008
Halaman 107 - Though Justice against Fate complain, And plead the ancient rights in vain, (But those do hold or break, As men are strong or weak), Nature, that hateth emptiness, Allows of penetration less, And therefore must make room Where greater spirits come.
Muncul dalam 384 buku dari 1824-2008
Lengkap
Halaman 227 - A day, an hour, of virtuous liberty, Is worth a whole eternity in bondage.
Muncul dalam 335 buku dari 1713-2007
Halaman 101 - twas beyond a mortal's share To wander solitary there : Two paradises 'twere in one, To live in paradise alone. How well the skilful gardener drew Of flowers and herbs this dial new; Where, from above, the milder sun Does through a fragrant zodiac run, And, as it works, the industrious bee Computes its time as well as we ! How could such sweet and wholesome hours Be reckoned but with herbs and flowers...
Muncul dalam 486 buku dari 1820-2008
Halaman 106 - And if we would speak true, Much to the man is due, Who from his private gardens, where He lived reserved and austere, As if his highest plot To plant the bergamot, Could by industrious valour climb To ruin the great work of Time, And cast the kingdoms old Into another mould.
Muncul dalam 414 buku dari 1824-2008
Halaman 25 - I am somewhat too fond of these great mercies, but also because I should have often brought to my mind the many hardships, miseries, and wants, that my poor family was like to meet with, should I be taken from them, especially my poor blind child, who lay nearer my heart than all beside. Oh ! the thoughts of the hardship I thought my poor blind one might go under, would break my heart to pieces.
Muncul dalam 224 buku dari 1811-2007
Halaman 28 - This black den which rocks emboss, Overgrown with eldest moss: The rude portals that give light More to terror than delight; This my chamber of neglect, Walled about with disrespect. From all these, and this dull air, A fit object for despair, She hath taught me by her might To draw comfort and delight.
Muncul dalam 155 buku dari 1622-2007
Halaman 26 - Leave thy fatherless children, I will preserve them alive; and let thy widows trust in me.
Muncul dalam 720 buku dari 1793-2008
Halaman 211 - Glorious in beauty though it be, is scarred With tokens of old wars; thy massive limbs Are strong with struggling. Power at thee has launched His bolts, and with his lightnings smitten thee : They could not quench the life thou hast from heaven.
Muncul dalam 155 buku dari 1842-2007
Halaman 108 - He nothing common did, or mean, Upon that memorable scene. But with his keener eye The axe's edge did try : Nor called the gods with vulgar spite To vindicate his helpless right ; But bowed his comely head Down, as upon a bed.
Muncul dalam 324 buku dari 1824-2008
Ringkas

Whittier, the Quaker poet, was a "man of peace" but also "the poet militant." While his nonconformist religion demanded passive resistance in the physical arena, he was vigorous in opposition to slavery and the enemies of democratic principles. Born near Haverhill, Massachusetts, and educated at local schools, Whittier became editor of several country newspapers and in 1831 published his first book, Legends of New England in Prose and Verse. This was followed by a number of volumes of poetry, nearly 20 between 1836 and the outbreak of the Civil War, but a literary life was not uppermost in Whittier's mind during these turbulent years. Having been drawn into the antislavery movement by William Lloyd Garrison and others, Whittier became one of the most effective voices in the fight against slavery through his poetry and other writings. He himself said that he "set a higher value on his name as appended to the Anti-Slavery Declaration in 1833 than on the title page of any book." It has been said that his Voices of Freedom (1846), raised in the cause of abolition, was second only to Uncle Tom's Cabin in influencing the public against slavery. Following the war, Whittier felt free to turn his primary attention from politics to other themes and matters in his poetry, most successfully to the New England folk life that he had known so intimately during his years in rural Massachusetts and which is reflected in Among the Hills (1869). Snow-Bound: A Winter Idyl (1866) is a long poem celebrating those rural values that Whittier had known in his youth but that were now vanishing before the industrial and urban forces that were transforming the American landscape and, some feared, character. In this, one of the most popular poems of nineteenth-century America, Whittier seeks in his personal past, as Robert Penn Warren pointed out, "not only a sense of personal renewal and continuity, but also a sense of the continuity of the new order with the American past." Other poems of high merit from these later years include "Abraham Davenport" (1866), the exquisite "Prelude" to Among the Hills (1868), and "In School-Days" (1870). 020 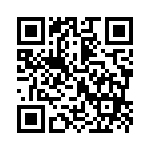