Halaman 137
On the morning of the third day of the sixth week after the release of Marin's tape
Dickie called from Hollister to say that Warren was at the ranch . “ Acting crazy .
Irrational . He told Linda that he talked to Leonard in Miami and Leonard said he
...
Halaman 148
... and engaged the manager of the hotel in an astonishing discussion of why he
did not dedicate the parking lot to the cultivation of native flora ; by the middle of
the second week she had progressed from flora to fauna and was cataloguing
the ...
Halaman 217
During the week after the appropriation of the vaccine Charlotte spoke not at all
to me , spoke only in a glazed and distracted way to Gerardo , and was known to
have placed two telephone calls to Leonard Douglas , neither of them completed
...

A BOOK OF COMMON PRAYER

More sad songs—replay them as they lay—in the shimmering oblivion of empty glasses down in Boca Grande (Central America) where Charlotte, another Maria, comes to stay before she is killed ... Baca ulasan lengkap

Joan Didion was born in California and lives in New York City. She is the author of five novels and seven previous books of nonfiction. 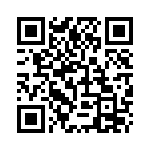