Robin Churchill has been a member of staff at the University of Wales, Cardiff Law School since 1977 and is currently a Professor and Director of the LL.M in Legal Aspects of Marine Affairs. Before he came to Cardiff he was a research officer in international law at the British Institute of International and Comparative Law. From 1983-84 he was a visiting lecturer at the University of Tromso, Norway. His main research interests are the law of the sea and international environmental law, on both of which he has written widely. His books include Marine Management in Disputed Areas: The Case of the Barents Sea (with G. Ulfstein) and EEC Fisheries Law. He has published numerous articles in academic journals. Among his academic activities outside the Law School, Professor Churchill is a member of the editorial boards of the International Journal of Marine and Coastal Law and the Journal of International Wildlife Law and Policy and a member of the Legal Affairs Committee of the Welsh Centre for International Affairs. He has also acted as a consultant/adviser to various environmental and fishermenżs organizations.

Vaughan Lowe is the Chichele Professor of Public International Law and a Fellow of All Souls College, University of Oxford. He was formerly Reader in International Law and a Fellow of Corpus Christi College in the University of Cambridge and has taught at the Universities of Cardiff and Manchester and in the USA. He practices as a barrister from Essex Court Chambers, London. He has advised governments and corporations on matters of international law, and is the author of many books and articles on the subject, of which the most recent is The Settlement of International Disputes (OUP, 1999; with John Collier). 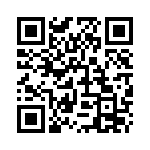