Peter Cozzens is a Foreign Service Officer with the U.S. Department of State and the author of several acclaimed books on the Civil War and Western history, including the trilogy The Civil War in the West and General John Pope: A Life for the Nation 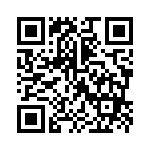