John Bunyan (1628-1688) was an English Christian writer and preacher, famous for writing The Pilgrim's Progress. Though he was a Reformed Baptist, in the Church of England, he is remembered with a Lesser Festival on 30 August. In his autobiographical book, Grace Abounding, Bunyan describes himself as having led an abandoned life in his youth, and as having been morally reprehensible as a result. However, there appears to be no evidence that he was outwardly worse than the average of his neighbors. Examples of sins to which he confesses in Grace Abounding are profanity, dancing and bell-ringing. 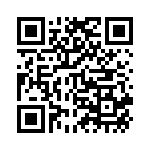