Halaman 116
Petition and decision of the Board in the matter of the Lewiston , Augusta & Waterville Street Railway , asking for the establishment of temporary grade crossings with the tracks of the Maine Central Railroad Company in Lewiston and ...
Halaman 144
... curve to the left of 383 feet radius , a distance of 130 feet to Station 14 + 11.5 and to the Easterly line of Lisbon Street , so called , crossing said street and the track of the Lewiston , Augusta and Waterville Street Railway .
Halaman 113
Waterville , Fairfield and Oakland Railway , Waterville , Me . HISTORICAL SKETCH OF ORGANIZATION , CONSTRUCTION , LEASING AND CONSOLIDATION OF LINES NOW OPERATED . November 29 , 1911 , the Waterville and Oakland Street Railway purchased ... 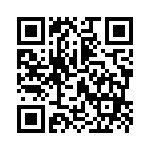