John A. McCarthy teaches German and Comparative Literature at Vanderbilt University with a focus on the eighteenth century and its cultural legacies, on science and literature, and on Nietzsche’s impact on literature. Previously he taught at Penn and has held visiting professorships at Swarthmore College, the Universität München, and Rutgers University. 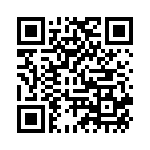