Halaman 179
... annually , notify and warn said claimers twenty days before the time of payment
aforesaid , and shew them a copy of ... of Stafford upon the sign - post at least
twenty days before said lands be extended , shewing the time and place thereof .
Halaman 199
... Upon the petition of Andrew Downer of Norwich against Nathaniel Berry of
Tolland , shewing to this Assembly that they , the said Downer and said Berry ,
had , on the 9th day of March last past , sundry controversies subsisting between
them ...
Halaman 207
Upon the petition of Robert Stoddard , jun ' , of Groton , shewing to this Assembly
that Edward Avery of said Groton recovered a judgment against him in June last ,
at a county court held at New London , for the sum of 371 . 08 . Od . damages ... 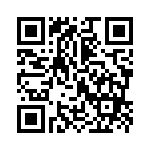