Halaman 108
... partly by water , and to telegraph , telephone and cable companies ( whether
by wire or wireless ) engaged in sending messages from one state , territory or
district of the United States to any other state , territory or district of the United
States ...
Halaman 119
119 Chief Justice , and Secretary of said territory shall apportion the delegates to
be thus selected , as nearly as may be , equitably among the several counties
therent in accordance with the voting population , as shown by the vote cast at
the ...
Halaman 135
An act , approved June 25 , 1910 , provided that the term " Interstate commerce , "
as used in this act , shall include transportation from any state or territory or the
District of Columbia to any other state or territory or the The " White District of ... 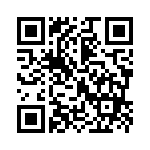