Halaman 73
The outside air tempera been done in Germany , this was the ture was -51 ° C ,
but I pressed on first time a jet aeroplane had reached and reached 41,600 ft
before the 40,000 ft , and I had every reason climb had fallen to under 200 ft to be
...
Halaman 422
Then the on the Vermont side , shortly before canoe , which had been floating we
reached Burlington , when it took quietly in a pool , moved and began a us ten
minutes to go no more than slow drift downstream . We looked ten feet , using ...
Halaman 424
seller's cage . George opened his So as long as we lived there , that book of
traveller's cheques , each of broad side of “ Naulakha ” which which bore his
signature , and reached looked her - ward always for his pen to countersign .
nakedly lit. 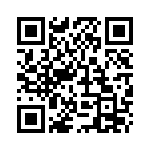