Dewi, as family and friends affectionately call her, was born in Bali in 1983. She spent her childhood on the island until 1994, when her family moved to Jakarta. In 1999, she moved to Bandung and the following year registered as a student in Parahyangan Catholic University majoring in International Relations.

She started writing professionally in 2005 for Gadis Magazine, a nationally distributed teen-magazine. She was also a WWF ghostwriter for a Coral Reef program in West Bali in 2006 before departing to India to pursue a master’s degree in Jawaharlal Nehru University, New Delhi. Seeing India’s rich culture was a huge inspiration for her.

Upon returning to Bali, Dewi given a great opportunity to be a part of the NOW!Bali magazine team. Dewi’s features include writing about and photographing Balinese traditional performances, temples, places and experiences. Through this she has published two books, Dances of Bali and Real Bali. 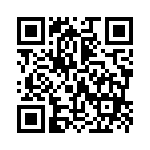