Universal psychopathology according to the experts

Psychopathology is an ominous term that has been tabooed by generations but not fully understood.In this epoch of global warming global corporations and global government comes a global book by ... Baca ulasan lengkap

Thomas M. Achenbach, PhD, is Director of the Center for Children, Youth, and Families at the University of Vermont. Educated at Yale and the University of Minnesota, he taught at Yale and did research at the National Institute of Mental Health. He has been a DAAD Fellow at the University of Heidelberg, an SSRC Fellow at Jean Piaget?s Centre d?Epist?mologie G?n?tique, Chair of the American Psychological Association?s Task Force on Classification of Children?s Behavior, and a member of the American Psychiatric Association?s Advisory Committee on DSM-III-R. He has given over 230 presentations in 30 countries and has authored over 250 publications. Assessment instruments developed by Dr. Achenbach and colleagues have been translated into 74 languages and have yielded findings reported in over 6,000 publications from 67 cultures. ? Leslie A. Rescorla, PhD, is Professor of Psychology, Director of the Child Study Institute, and Director of Early Childhood Programs at Bryn Mawr College. Educated at Radcliffe, the London School of Economics, and Yale, she obtained her clinical training at the Yale Child Study Center, the Philadelphia Child Guidance Center, and the Children's Hospital of Philadelphia. Dr. Rescorla developed the Language Development Survey, a screening tool for language delay in toddlers. She has presented findings from her 15-year longitudinal study on late talkers in numerous publications. In addition to her research on language delays in young children and in longitudinal patterns of school achievement, Dr. Rescorla conducts research on empirically based assessment of emotional and behavioral problems in children, adolescents, and adults. 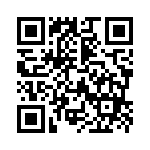