David B. Ruderman is the Joseph Meyerhoff Professor of Modern Jewish History and Director of the Center for Advanced Judaic Studies at the University of Pennsylvania. 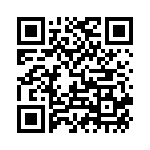