A companion to American thought

Richard Wightman Fox is a cultural historian and Professor of History at Boston University. He taught previously at Reed College and Yale University. He is the author of Reinhold Niebuhr: A Biography and So Far Disordered in Mind: Insanity in California; and co-editor, with Jackson Lears, of The Culture of Consumption and The Power of Culture.

James T. Kloppenberg is an intellectual historian and Professor of History at Brandeis University. His first book, Uncertain Victory: Social Democracy and Progressivism in European and American Thought 1870-1920, was awarded the Merle Curti prize from the Organization of American Historians. 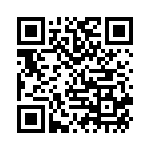