Essayist, poet, literary critic, humorist, editor, professor, ambassador, letter writer, Lowell was one of the most versatile of nineteenth-century authors. Public recognition of his verse came early in his career, both in the United States and in England, even though his lyrical poetry, so greatly honored during his lifetime, is the weakest of his compositions. Only later, when he turned his hand to humorous verse, satire, and public odes, did he achieve distinction. "The Biglow Papers" (1848), occasioned by the war between the United States and Mexico, 1846-48, is a wonderful satiric medley in prose and verse, in vernacular Yankee speech and classic English of the best literary traditions, by far the greatest political satire written during that century. His public poems, such as the "Ode Recited at the Harvard Commemoration" (1867) for Harvard men who died in the Civil War, and the "Concord Ode," are fine examples of a form as old as Pindar; designed to give dignity and meaning to the events that bind communities of men and women. But Lowell's real strengths as a writer are better found in his prose essays than in his verse. A man great in literary learning (he was professor of belles-lettres at Harvard College for many years), wise and passionate in his commitments, he was a great upholder of tradition and value. His essays on the great writers of England and Europe still endure, distinguished not only by their astute insights into the literary classics of Western culture, but also by their spectacular style and stunning wit. Nor was Lowell merely a dweller in an ivory tower. In his youth, he worked passionately for the cause of abolition, risking his literary reputation for a principle that he saw as absolute. In his middle years, he was founding editor of the Atlantic Monthly and guided it during its early years toward its enormous success. In his final years, this great example of American character and style represented the United States first as minister to Spain (1877--80), and afterwards to Great Britain (1880--85). 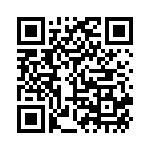