Daniel Lancaster, a native of the prairies of southwest Minnesota, grew up in the news office of the Cottonwood Current, his father's newspaper in Cottonwood, MN. In the late 1970s he fell under the spell of Minnesota's North Shore while spending time with an older brother who was stationed at the US Airbase in Finland, MN. 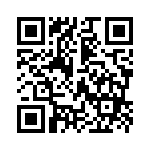